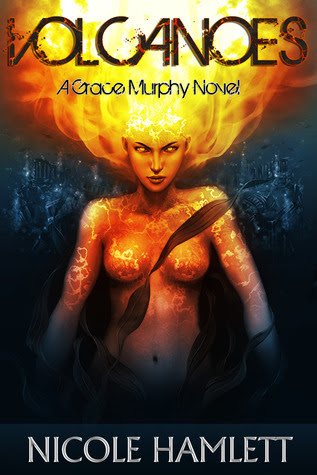 “I needed something big. I'd found a dormant volcano in my earlier exploration. Yeah – that would be big and in typical Grace Murphy fashion, I didn't think this one through, I just blew it.”

Be careful what you ask of Fate - sometimes she gives it to you. When we last saw our heroine, she'd watched her faithful pet rip off her new best friend's head to save her son's life and Atlantis was rising from the depths. Now, Grace Murphy is back in the third installment of the Huntress series, but this time she's facing an all-out war. It's critical that Nyx (and Atlantis) stay buried, but her psychotic brats will do most anything to get her back. You didn't think that was all, did you? Of course there's more! With Hypnos invading her dreams, Dylan caught up in the throes of his "change" and juggling her relationships with two hunky Gods, Drew and Heph, to say Grace's hands are full would be an understatement. Grace wished her life would just go back to the way it was before, and that she wouldn't have her powers or responsibilities anymore. Unfortunately, it looks like Fate answered this time. The results aren't pretty.

Since I haven't read the first two books in the series, this one was announced as a stand alone book, I was little confused at the beginning with all the characters mentioned, but thank the gods for the recapping that happened. I slowly and surely got my grip on what was happening and started to enjoy the story more.

Grace isn't my favorite type of character. It was hard to keep up with her since there's this vibe of boundless energy coming from her. I also didn't like that she felt she was just being scolded all the time. Well, maybe she was. But then again, she did act like a five year old sometimes, most of the time, not listening to people's opinions when she messed up, which seemed to be ALL the time. I really disliked her "pity parties". But her ironic and sarcastic dialogues, which most of the time equals win for me if done right, made up for all of her shortcomings. I liked Heph and enjoyed the playful banter he exchanged with Grace a few times, as much as I enjoyed the moments when Diana and Grace were together.

The book was funny, fast paced, full of events (good ones and bad ones), yet easy to read, which is always a plus for me.


● ● ● ● ● ● ● ●
Excerpt 2:
The smell of an abandoned house hits you in phases. First, you get the dried musty smell of dust and mildew spores. Then any lingering scents from left-over dinner or the last occupants hits the senses. I scrunched up my face, trying not to exclaim that Dylan and Drew hadn’t lived up to their promise of cleaning up after themselves on their last Xbox foray. This wasn’t the time.

The last scent hit me by surprise as I traveled to the kitchen to see what they’d left out. It had a metallic tang with undertones of rotting meat. I was transported immediately to the night I’d walked into my house to find my carpet had been soaked through with the blood of Geb’s monsters.

It occurred to me with sudden panic that we didn’t have Scooter with us. I would feel much safer with him here to guard my son. I’d ask Heph to make that happen as soon as I figured out what the smell was.

My feet slowed of their own volition. They knew that even though I was stubbornly still moving forward, my mind wouldn’t want to know what the smell was. My subconscious was terrified of what I would see and it was trying to protect what had become my very fragile mind.

Really, what else was I expected to take? What else did I have to go through before I broke? Hadn’t the last nine months of my life been enough? It was like I’d been pregnant and the baby I’d carried was an intact sense of sanity.

The words cut off in my head as I spied what was causing the smell.

Collaborative Tools for Self Published Authors
Or – How to keep your sanity while trying to stay organized.
In my real life job, I have a project manager, a producer and various manager types that keep track of what schedule is supposed to go where, when tasks are due and when we're going to launch a product. I imagine that traditional publishers have the same setup. They create schedules for authors and manage the entire process. As an independent publisher, I have limited resources and I've learned to make smart choices about what to utilize.

When I first started writing, I had no idea what I was going to do with the finished product. I certainly hadn't considered self-publishing. It didn't occur to me that I would need to create formatted books with professional covers on a timetable. At first, it was only a matter of emailing back and forth through gmail with my editor. However, I was soon running through a trial by fire gauntlet of doom just trying ahead of the pile of tasks. Eventually, we decided to get organized.

My editor introduced me to Box.com after a particularly nasty bit of business with a lost version. I'd saved over eleven pages and lost the previous version entirely. Those bitter tears fueled a more stringent process. Box does a sort of version control so even if you don't save different versions, you can still go back to Draft 1, version 18 and compare it to your current file. It was a sanity saver.

When I'd finally finished the book, nine months later (almost like having a baby) I made the decision to self-publish rather than run the risk of being rejected mercilessly by agents and publishers alike. That meant that I needed to come up with a cover and a format. Thankfully Amazon had some great articles on how to format your books. Now if you Google How to Format for Kindle, you will get a dearth of great articles. Here are a couple of the ones that I bookmarked.

Change the World with Words

That leads me into the next great tool for the Self Published Author – The internet (More Specifically Google).

There are so many resources now for formatting, editing help – the works! Find what best works for you, but certainly do your research. There was a lot of back and forthing for me before I finally settled on a solid process and to be honest – while I could use a variety of programs – I still just use Word to write and format my books. 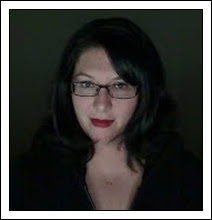 "Nicole Hamlett is a single mother from Colorado Springs, living in Los Angeles, California. When she’s not writing books she enjoys reading, cooking and video games and can often be caught enjoying indie alternative music."

*I received an ebook copy for review purposes.
*I am not affiliated to Amazon, B&N, or the Book Depository.