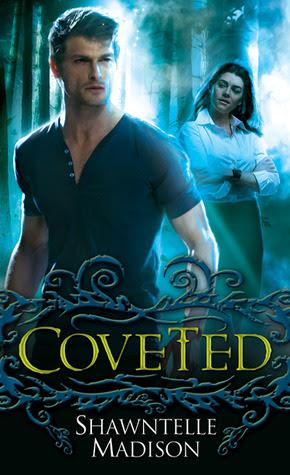 SOMETIMES WHAT YOU COVET IS IMPOSSIBLE TO KEEP.

For werewolf Natalya Stravinsky, the supernatural is nothing extraordinary. What does seem strange is that she’s stuck in her hometown of South Toms River, New Jersey, the outcast of her pack, selling antiques to finicky magical creatures. Restless and recovering from her split with gorgeous ex-boyfriend, Thorn, Nat finds comfort in an unusual place: her obsessively collected stash of holiday trinkets. But complications pile up faster than her ornaments when Thorn returns home—and the two discover that the spark between them remains intense.

Before Nat can sort out their relationship, she must face a more immediate and dangerous problem. Her pack is under attack from the savage Long Island werewolves—and Nat is their first target in a turf war. Toss in a handsome wizard vying for her affection, a therapy group for the anxious and enchanted, and the South Toms River pack leader ready to throw her to the wolves, and it’s enough to give anybody a panic attack. With the stakes as high as the full moon, Nat must summon all of her strength to save her pack and, ultimately, herself.

First, thanks to Shawntelle Madison for giving me the chance to read and review her book.

The premise of a supernatural being, as is Nat, having to deal with psychological issues, like obsessive compulsive disorder, is interesting. I mean, she's a werewolf. They roam the forests and hunt, dirt and blood. Can you imagine a werewolf who has a cleanliness OCD? Well, that's Nat. She's also a collector of "Christmas cheer". Personally, I find that creepier than zombies (and they are creepy) since I'm not a Christmas cheer type of person. I mean, my favorite "Christmas" series is the K-Drama White Christmas. If you seen it, you know it has nothing to do with the celebration of Christmas. Maybe I'm the weird one...

Even though I thought the premise was very interesting, as I was reading the book I found the pace of first part of the story a little slow and a bit repetitive.

I liked Nat sometimes and other times I felt bad for her, but I was also annoyed with her. I understand that sometimes people who have gone through unexpected situations tend to want to crawl into a hole they dig inside of themselves and stay there, but couldn't she have let the wolf out more frequently? I loved the way she acted when that happened, like in the pawn shop part. Unless Nick had something to do with that. I also really liked Agatha. However, I did I spend most of the book suspicious of her and making up possible scenarios about how she was going to betray Nat.

Thorn, I don't know what to think about him. He's cold, then hot. I feel like he doesn't know what he wants to follow, duty or love, but I do remember my first thought was he needs to get away from Nat. And the thought still holds. On the other hand, I'm still unclear about what Nick wants. His behavior was of someone who had known Nat for a long, long, time. And I wonder if he has been following her for a while or it's just insta-love making an appearance. At least with Thorn I could decide he has a hard time choosing, but with Nick I have no idea at all.

I feel I should warn possible readers of the following, there's a dreaded love triangle... Actually, I think it might be a love square of death, as one of my friends calls it. And there's also what feels a lot like insta-love.

I think the little romance that appears in the book feels a little forced. Let me explain. Although I did "feel" some chemistry between Nat and Thorn, there some almost steamy scenes in there, I felt the situations were forced and just added so romance would be a part of the book, and not just the ones with him.

I liked, and found funny, the bits where the women of her Russian family are shown as being addicted to Hispanic soap operas. It's a little ironic that I, being Hispanic, haven't watched a telenovela since I was kid (these air on the island's local channels ALL the time), but am quite addicted to the Asian ones. So, I can still understand, and identify with, the addiction in some ways.

I'm assuming all things left unresolved/unclear at the end of Coveted, like the grandma's abilities, will start to unravel as the installments are published, so I am not going to worry about the lack of explanations for some things. I did enjoy some parts of the book, but I'm still a bit undecided about what to rate it. Because of that, I'll say my rating ranges between 2.5 and 3 stars out of five. 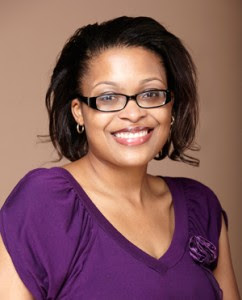 Shawntelle Madison is a web developer who loves to weave words as well as code. She’d never admit it, but if asked she’d say she covets and collects source code. After losing her first summer job detassling corn, Shawntelle performed various jobs—from fast-food clerk to grunt programmer to university webmaster. Writing eccentric characters is her most favorite job of them all. On any particular day when she’s not surgically attached to her computer, she can be found watching cheesy horror movies or the latest action-packed anime. She lives in Missouri with her husband and children.

*I received an e-book copy from the author in exchange for an honest review.
*I am not affiliated to Amazon, B&N, the Book Depository or any other online/physical store I mention on my blog.