Check out the new trailer below! 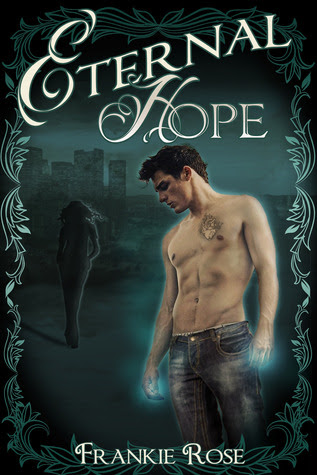 When your friends go missing and you don’t know if they’re dead or alive; when you tie your soul to the one you love; when you kill to protect and your family suffers, there’s only one thing you can do:

Farley Hope is special. She was prophesied to kill the forebears of her bloodline- a race of cold-blooded Reavers, men who steal the souls of the living to gain power. The Quorum had counted on Farley ending her own life in the process, but when Kayden came to her aid and helped save both her and Daniel, he undid their plans. Now the Quorum are displeased, not only with Kayden, but with Farley and Daniel too. Though her father is now dead, Farley’s troubles with the Reavers are far from over. An ancient Immortal, trapped for a thousand years, wants Farley for himself, and he will stop at nothing to claim her.

With secrets that lead to anger and pain, that turn friendship to dust, the group must overcome the problems within their own circle before they have a hope of fighting off the powers that threaten their lives.
Blurb:


Add it
Goodreads
About the author:

Frankie Rose was born in the United Kingdom, but now lives with her husband in sunny Australia.

She officially makes things up for a living, and when she's not doing that, she is generally making paper birds out of receipts and old lists or taking photographs that make her smile.