Welcome to my stop in the Beguile tour! 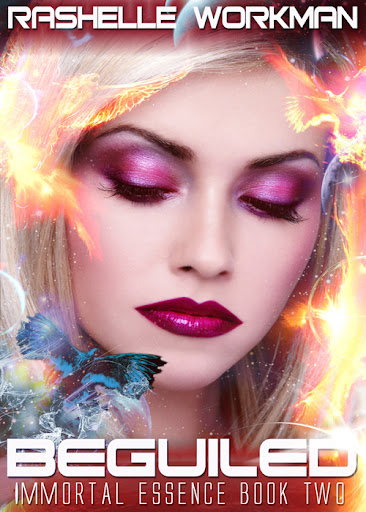 At least that's what she believed.

Turns out Ramien, the god of her planets' underworld, has her parents, and Michael. To save them, Venus makes a deal. She must complete three trials. They seem impossible. They certainly won't be easy. Worst of all, someone she loves won't make it out alive.

Excerpt:
(long)
The dream was venom to my sleeping soul.

Night after night. Like the rising of Kelari’s suns, the dream was consistent.

An alabaster door loomed before me. I shivered involuntarily. Doors! Behind them lay the unknown. The door shimmered open and I stepped through without holding my breath like I normally did. There wasn’t any point. I knew I dreamed. The outcome couldn’t be altered.

One overwhelming emotion permeated. Terror. It saturated the air. Dense, like the molten lava dribbling down the side of a distant volcano. The fear wasn’t mine though. I scanned my surroundings for the offender generating the sensation, but saw no one.

Above was darkness. No moon. No stars. Only emptiness. Raging fires dotted the otherwise barren landscape like potted plants. Some of the fires rose into the sky. Others roared low, smoldering against the shadowed ground.

Directly in front of me stretched a bridge over a vast ocean of lava. I ambled toward the center, treading carefully. The lava roiled and hiccupped far below. Heat rose and struck my face, but the bridges’ surface was cool against my hands.

Something swam in the lava.

It was long. Half of its body covered with scales while the other half moved like a billowing red curtain. The creature burst into the air. I choked on a scream, falling back, slamming my elbows against the bridges’ floor.

The thing, a ferrikat, ascended higher and higher, passing the bridge and continuing upward. I noticed the “curtain” was actually fiery hair attached to a head. It had a face, which arched toward the dark sky. One nose, one mouth, and two eyes. The lids were shut, and long ruby lashes rested against its porcelain cheeks. Clavicle bones protruded at the base of the neck, where shoulders attached to arms attached to hands attached to long fingers, hung at its sides.

A female, I realized, trying to chew away my shock. I knew ferrikat’s existed, but they were rarely ever seen.

From the waist down the body was that of a fish. Scarlet, magenta, orange, and fuchsia scales sparkled or burned. Her tail splayed wide, and was shaped like a dolphin. Abruptly the she-fish stopped, and hung in the air, like a perfectly placed painting. Her face tilted downward, slowly. Familiarity blew through me like a warm wind. The ferrikat opened her eyes.

I knew those eyes. 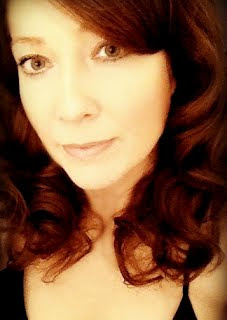 Lover of books, baking, and toffee-making. The author of Aligned: An Immortal Essence Short Story, Exiled, Sleeping Roses, and the soon-to-be released series, Blood and Snow. Honorary nerd with attitude.

Find Rashelle on the web:


Other novels by RaShelle Workman: