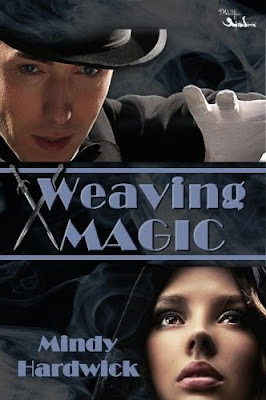 Synopsis: He loves magic. She loves romance. But the biggest illusion is the one Shantel and Christopher perform together. Sixteen- year- old Christopher fights to stay sober while fifteen-year-old Shantel struggles in the aftermath of her mother’s death and seeks refuge in a fantasy world. But the unacknowledged roots of their problems refuse to stay buried and soon, the two are headed toward a deadly magic trick. Can Shantel and Christopher move beyond magical illusions to find love? 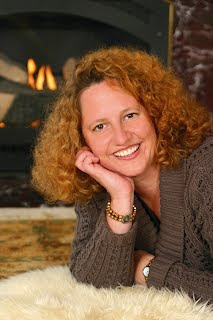 Mindy Hardwick enjoys writing tales of romance for teens and adults. Her books for young adults include Weaving Magic and Stained Glass Summer. Mindy gets many of her ideas from the poetry workshop she facilitates at a juvenile detention center. Some of the real life teen poems can be found at www.denneypoetry.com

Mindy is included on the Washington State Arts Commission Teaching Artist Roster, and holds an MFA in Writing for Children and Young Adults from Vermont College. She is a member of SCBWI. Currently, Mindy is hard at work on her next romance for teens which is a spin-off Holiday story from Stained Glass Summer.

Everything would be okay, I told myself. Christopher was my boyfriend. I trusted him. I crunched inside the wicker basket and curled my legs underneath me. I wiped my sweating palms onto my black slacks. The audience stopped calling for an encore. They were so silent I wasn’t sure anyone was still out there.

I’d barely gotten my balance before the first sword barreled into the basket with a lot more force than we’d practiced. Startled, I realized Christopher was keyed up from the magic show performance. He was overestimating the force he was putting behind the swords.

I tried to figure out how to tell him to slow down. I couldn’t very well call out to him or the audience would hear.

Before I could it figure out, the second sword zoomed past me and into the basket. The two swords crossed over my head, and I rearranged myself so I could crouch lower. As I shifted, a third sword whizzed by my left arm and peeled off a small layer of my skin. I saw the blood before I felt the searing pain.

“Gotcha, Superstar,” Christopher said as he stood up beside me. He wrapped his arms around me the way he’d done in the bakery.

“Umpfh.” Seemed the only word I could manage.

“Mmmm.” I enjoyed the way my name sounded on his lips.

Slowly, he began to rub small circles on my back before he reached up, and cupped my chin. Lifting my face, Christopher lowered his mouth to mine and time seemed to stop. Softly at first, we moved our lips, and then, hesitantly, I parted my mine just a bit. Christopher’s tongue quickly moved inside my mouth and swirled gently. Christopher pressed his hands against my lower back and drew me closer to him.

Thinking fast about what the romance heroines did, I moved my fingers softly into his hair. The kiss deepened, and Christopher’s hands moved slowly down my sides, and then up under my shirt. I knew I should tell him to stop. We were alone in my bedroom. Dad could comehome at any minute. But a part of me didn’t want him to stop. I wanted him to keep going. I wanted to see what happened.

Christopher’s fingers played with the edges of my bra. “Want to take it off?” he murmured.

In a bit of a haze, I stepped away from Christopher. I lowered my hands to the edges of my t-shirt and then froze. What was I doing? Everything was moving so fast. So fast, I could barely think. Out of the corner of my eye, I saw myself in the mirror. My face was flushed. My shirt was askew, and I looked like I was terrified.

I stepped away from Christopher and straightened my shirt. I combed my fingers throughmy hair and ran my tongue over my lips. But, I couldn’t look at him. I was so confused. I wanted him to keep going. I wanted to see what it would be like to be with him. But it all seemed so out of control. And out of control was scary. When people got out of control, bad things happened. “Maybe later?” I muttered.

“Okay.” Christopher adjusted his shirt. Without looking at me he said, “I should probably get going.”

“Sure,” I mumbled. My stomach cramped. Why did he want to leave now? We could have hung out like Drew and I. We could have talked about physics. But he wanted to leave. Did that mean I just blew my chance with him? Why didn’t I let it go just a bit further? I was sure Christopher thought I was a baby for stopping. I was fifteen. Old enough not to get freaked out by a little kiss in my bedroom. I wanted to rush over to him, throw off my shirt, and tell him I’d made a mistake. Instead, I followed Christopher down the stairs and attempted to breathe.

This tour was organized by Reading Addiction Virtual Book Tours