Waiting on Wednesday is a weekly meme hosted by Breaking the Spine. It showcases upcoming releases that you are just dying to sink your teeth into. 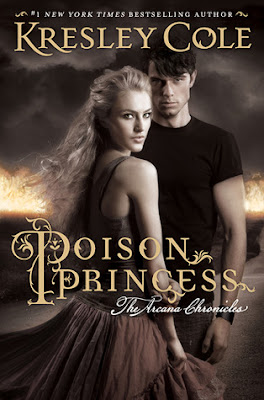 Sixteen-year-old Evie Greene thought her horrific apocalyptic hallucinations were a sign that she was slowly losing her mind. But when her visions come true, decimating the world around her and killing everyone she loves, Evie is forced to accept that she was seeing the future.

Fighting for her life and desperate for answers, she turns to wrong-side-of-the-bayou classmate, the gorgeous and dangerous Jackson Deveaux for help. As Jackson and Evie race to find the source of her visions, they meet others who have got the same call and discover that Evie is not the only one with special powers. An ancient prophesy is being played out, and as the battle between good and evil intensifies, it is not always clear who is on which side…

What are you waiting for?

I'm not affiliated with any program
Posted by Ari Lee at 1:59 AM