This is a meme where the designer, photographer and/or illustrator of a favorite cover is featured is hosted by A Night's Dream of Books. I loved the idea since I always want to read a book when the cover is gorgeous. Bad habit, I know! 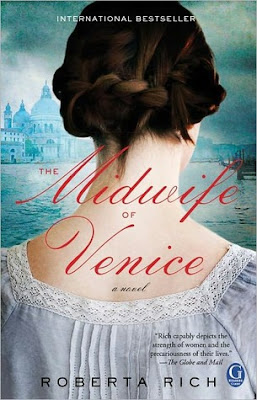 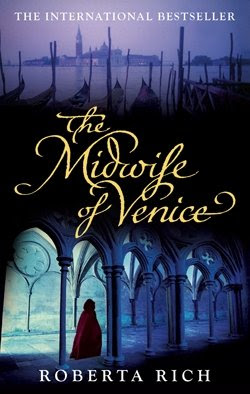 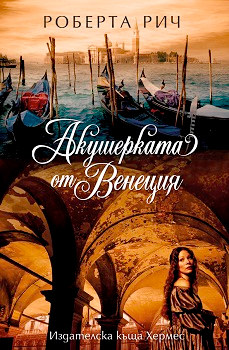 This one, and variations of it, are used in a few editions. 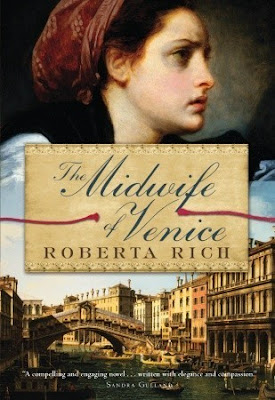 The version of the ebook I have (one with a US cover) gives credit to Jaya Micelo for the cover design, but I didn't find any results with that name. Instead Google kept suggesting Jaya Miceli. It also credits the landscape image to Roy Rainford.

A rollicking, fast-paced historical novel set against the richness and squalor of sixteenth-century Venice and Malta.

Hannah ha-Levi, a midwife in the Jewish ghetto, is known throughout Venice for her skill in midwifery. When a Christian count appears at Hannah's door imploring her to attend his labouring wife who is near death, Hannah's compassion is tested. Not only is it illegal for Jews to render medical treatment to Christians, it's also punishable by torture ... and death. But Hannah cannot turn down the money. With such a handsome sum, she can save her own husband, Isaac, who was captured at sea and taken to Malta as a slave of the Knights of St. John. Aided by her "birthing spoons" — rudimentary forceps she invented to help with difficult births — will Hannah be able to save mother and child? And if she can, will she also be able to save herself?

Woven through Hannah's travails is the story of Isaac's life as a captive slave in Malta. Fearing that his wife has perished in the plague, he pins his hopes of returning home to Hannah on his talent for writing love letters that melt even the hardest of hearts.

I love how literal the cover is. There is a woman and a view of Venice, which in some of the covers is set as background. I wish I could choose just one favorite among them, but the different takes are all gorgeous.