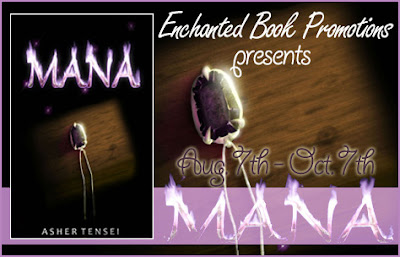 We’re celebrating the release day party for Mana, a YA Fantasy novel by author Asher Tensei today. On top of that, we’re also hosting a giveaway for 2 eBook copies of Mana!

To celebrate the release, the author is hosting a giveaway for a Kindle Fire on his blog. Go here to participate! http://ashertensei.com/giveaway/ 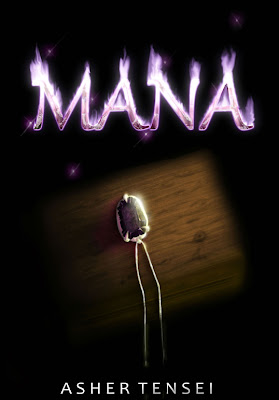 Eurich is thrown into a seemingly ill-fated destiny. After learning of his legendary magic, he is convinced that he alone must stop an impending doom, but nothing is ever as it seems. His best friends Jason and Raine try their best to help him save the world, but help isn’t what he needs —he needs a way across the barrier.

Despite this fate thrust upon him, Eurich knows what is coming. The world is headed toward Chaos due to a weakening barrier between Earth and a world that has been hidden for millennia.

Our world is about to take a sharp turn for the worse. Extra moons are rising in the sky, and panic is at an all-time high. Worst of all, there are no explanations.

Check out the book trailer!

Although Asher Tensei is relatively young, he has already traveled the world as he has been a military brat since the age of four. He has always wanted to share his creative writing, and it was in Germany that he realized people also really enjoyed reading his stories. Mana was composed shortly after and it instantly got the support of a small but enthused local readership. Few could believe that Asher had written a full length novel during his fifteen minute breaks while working at Burger King. He is very passionate about the fantasy genre and graciously gives thanks to the one series that made him realize that writing high concept YA fantasy was something he wanted to do--The Twilight Saga. He maintains, and frequently updates, his site http://ashertensei.com/.

Giveaway
We’re hosting a giveaway for 2 eBook copies of Mana. The giveaway is international. To participate, please fill in the Rafflecopter widget below. Winners will be contacted through email.
a Rafflecopter giveaway