Review: Any Love But Mine by Debbie Davies 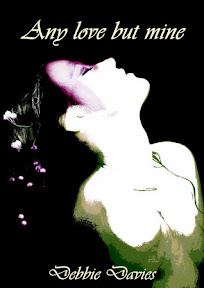 Title: Any Love But Mine
Author: Debbie Davies


.............
I usually love everything related to mythology, especially Greek mythology, but possibly because of the writing style I wasn’t able to become fully immersed in the story, even though the plot was interesting at times and I found it had potential.

The story’s abrupt start was kind of confusing, but the reason behind that might be Acacia’s own abrupt “coming to be” and confusion. I liked the way her Erosian powers are explained and, I have to say, I liked the way the twining of auras worked.

For me, the story starts to get more interesting when Josh appears. Also, the unveiling of who he is doesn’t come as a surprise at all, since all the signs were there from the moment he appeared and Acacia seemed to be the only one who hadn’t realized anything yet.

I found that the love story didn’t really pull me. It felt a little shallow and, then, fickle when Acacia’s feelings seemed to have changed in a too small amount of time, which is when the story also gets a little bit weird, when Acacia arrives to the Underworld. It felt like too much wanted to be fit into one book and this part of the story would have worked better in a sequel. Maybe it would have even given me time to fall a little for Luca.

I found the characters were superficial, especially Acacia. She has less control over her own feelings than the mortals she pairs up.

I also found quite a bit of grammatical mistakes.

I rated this two stars, possibly two and a half, since I did enjoy a few parts of the story.

P.S. I love the cover of the book.

Thanks to the Shut Up and Read Group and the author for the opportunity to read and review this book.
Posted by Ari Lee at 9:04 PM