On Friday, I won a bookmark while supporting Team Aiden, on the YA Crush Tourney which is hosted by The YA Sisterhood, on a twitter giveaway.

It was by coincidence that I won because I didn't know there was one going on. When I received the RT tweet telling me I was a winner, I scratched my head and thought, How did I win?

So, I looked up the tweets and it was when I tweeted the “Cookie scene teaser" incentive which, as soon as I saw it, I felt needed to be shared on every possible account I had, even with friends who haven't read the book, and even with those who don't read...lol Thanks to Valerie over @ Stuck in Books. I love it! 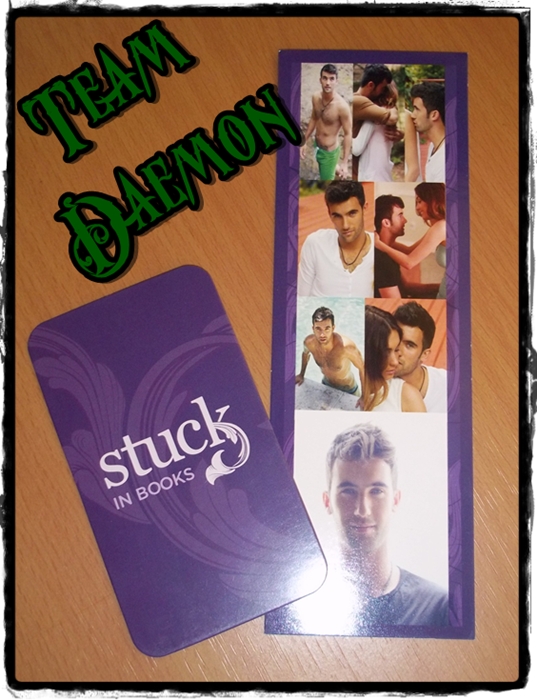 Email ThisBlogThis!Share to TwitterShare to FacebookShare to Pinterest
Labels: Giveaway