Welcome to the Trapped by Ella James cover reveal! 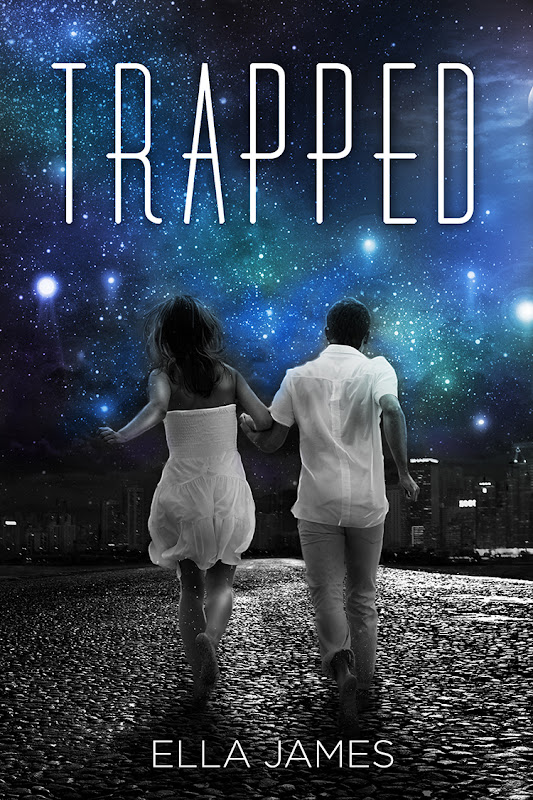 Description (Beware the description CONTAINS SPOILERS - DO NOT READ BEFORE READING HERE):

When Milo Mitchell falls for the beautiful, tuxedo-clad guy she found wandering her family's rural Colorado property, she never dreamed he was a scout from another galaxy, or that their relationship would leave him with an impossible choice: eradicating humankind, or initiating the end of his own people.

Nick's job is finding the elements his people need to power their elaborate interweb of minds. Being a scout means he is capable of traveling to other planets on his own. It also means that, unlike The Rest, he has access to primitive feelings and individual desires. For eons, he was part of the whole, but when he encountered Milo, his obsession with her changed everything.

Nick's partner, Vera, is capable of independent thought, but not compelled by it. She is satisfied with her existence as one of The Rest, and she won't agree that humans are worth sparing; not when their planet has a precious cache of the gold her people need so badly.

While Vera tries to force Nick into endorsing an Earth invasion, working behind the scenes to tie his hands, and the Department of Defense lays a trap for them with Milo's mom as bait, Nick and Milo are waging their own war - against a primal desire that can only lead to one thing: heartbreak.

Trapped is book 2 in the Here Trilogy and it will be released on December 2012!!


Check out Here, the first book in the trilogy: 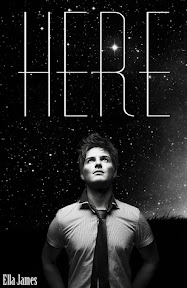 Author
Twitter ● Facebook ● Blog
●●●●●●●●●
I'll admit I might have fallen a bit in love when I saw the cover. What do you think about it? Isn't it pretty?


*I am not affiliated to Amazon, B&N, or the Book Depository.