Tour: When We Collide by A.L. Jackson

Click the banner to see the other stops in the tour!
Welcome! This is my stop for the When We Collide by A.L. Jackson tour which was organized by Reading Addiction Blog Tours. My stop will feature a review of the book, a guest post written by the author, there's also a short excerpt so you can get the feel of the book and at the end of the post there's a giveaway of the an e-copy of the book! So don't be shy and participate! 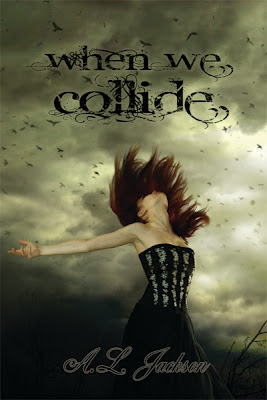 Title: When We Collide
Author: A.L. Jackson
Published Date: November 2, 2012
Publisher: Sapphire Star Publishing
Blurb:
William has spent six years running from his past and the last eight months trying to rid his mind of the dreams that increasingly haunt his nights. Trapped in a world of false ambitions and feigned affections, William knows he’s reached a breaking point and something’s going to give.

When the family William left behind is struck by tragedy, he is called back to the one place he’s sworn to never return to again. (more)

This was a very hard review for me to write. You see, I really liked the story, felt for William and wanted to hug Jonathan and take him to safety, but I really hated Maggie and Troy.

For me, those two represent everything I loathe in people, abuse of “power” and weakness. However, I disliked Maggie slightly more because she didn’t try hard enough until someone else was there to save her. On a very rational level, I can understand her fear. All those years of abuse leave deep scars and leave you afraid to try new things or simply be yourself. But on what some might think my irrational side, I can’t understand her reasoning at all. Maybe it’s because help had always been a step away and she didn’t try to get it in all those years she was married to Troy.

Besides having a hard time writing a review on which my “black aura” wasn’t spilled all over it *sigh*, I also had a hard time rating this book. Originally I had decided I would rate it 3 out 5. My blood boiled time and time again because of Maggie’s horrible decisions. But my final scored changed to 3.5 because even though I hated Maggie, and Troy, so much, the characters and situations were very well written and nothing can change that. I also felt the book was well paced and that helped me get easily into the story.

Some things I didn’t like, besides those two characters, were the awkward flashback transitions (they were needed in the book, but I felt they could have been done better), the insta-love (for me, it was more like pity not love) and the love triangle of death, literally.

I did like the author's writing style, so I will try to read her other books soon.

So let’s be honest…how many of you have purchased a book based on the cover alone? I have! Most of us are very visual creatures, our attention caught by the beautiful, the unique, and at times, the incredibly strange. We’re drawn to color and style, sharp lines, and bold words.

But what does that mean for covers? They say you only have a few seconds to capture someone’s attention on the internet, and when 80% of books today are sold on Amazon and with the massive number of titles that are listed there, it’s now more important than ever for covers to catch a potential reader’s eye.

There are a few key elements every book cover should have. The first and foremost is it should be pleasing to the eye—something that makes someone browsing titles stop and think, Wow, that’s an amazing cover. This is the point where your cover has done its job in making someone take a closer look at the book itself. The cover should also tell the potential reader something about the story inside, the design consistent with the genre of the book, although it should be unique enough that it stands out from the crowd. It should also give the reader a hint at the amazing story they will find inside.

Covers are so important because it’s the first thing someone sees—the main thing that will tell a potential reader to move or to take a closer look.

So what is it about a cover that draws your attention?


I’d been in love once. It was that stupid kind of love that had kept me awake at night, wanting more. But she’d never really even been mine. I’d been young enough—foolish enough—to hope what we felt for each other could overcome her past, but not naïve enough to really believe it would ever work out.

Knowing that didn’t mean losing her hadn’t torn me apart. Even if she didn’t choose me, I’d been desperate to save her from that path. But some things had been so deeply embedded in her that I doubted she’d really ever had a chance of breaking free of them. It was so ingrained she believed it was the only way to live.

I rolled onto my other side and squeezed my eyes shut as I attempted to force the memory of her face from my mind, but it was just as vivid as the day she’d forced me out of her life.

She’d touched me deeper than anyone ever had—deeper than I’d believed anyone could.

Pressing my face into my pillow, I allowed a glimmer of her presence to invade. That smile. . .so innocent and sweet. How she’d look at me with those warm brown eyes. The way her timid, trusting hands felt as they lightly skimmed over my skin. Even the memory stole my breath.

Sometimes I wished I could erase the mark she’d left on me, that I could finally be free of this ache. Another part of me held onto it because it was the only thing she’d left me with. The only thing I had to prove that what we’d shared had been real. 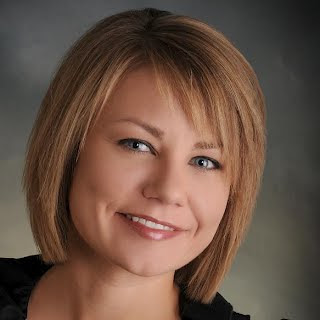 A.L. Jackson first found a love for writing during her days as a young mother and college student. She filled the journals she carried with short stories and poems used as an emotional outlet for the difficulties and joys she found in day-to-day life.

Years later, she shared a short story she’d been working on with her two closest friends and, with their encouragement, this story became her first full length novel. A.L. now spends her days writing in Southern Arizona where she lives with her husband and three beautiful children. Her favorite pastime is spending time with the ones she loves


What did you guys think of my stop?