Click the banner to check out the full tour schedule!
Welcome to my stop in the Ember Tour! I will feature a review and the Ember Playlist (remember to click the play button on the player to listen to the songs). 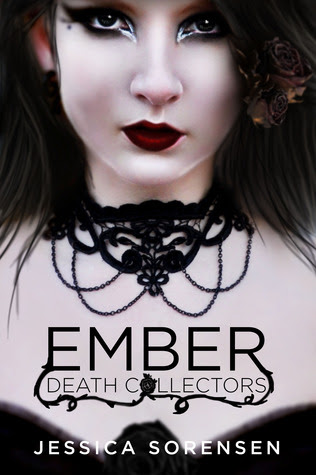 What if you knew when someone was going to die?

For seventeen-year-old Ember, life is death. With a simple touch, she knows when someone will die. It’s her curse and the reason she secludes herself from the world. The only person who knows her secret is her best friend Raven.

Then she meets Asher Morgan. He’s gorgeous, mysterious, and is the only person Ember can't sense death from. So when he pushes into her life, she doesn’t mind.

But when unexplained deaths start to haunt her town, Ember starts questioning why she can’t sense Asher's death and what he may be hiding.

Ember was a creative story. I really liked the idea of the usual battle between “good” and “evil” being applied to Angels of Death and Grim Reapers and all other ramifications and decisions catapulted by this battle. The book was easy to read and the pace was neither fast nor slow, which fit this story perfectly. It also did a good job at keeping you guessing who was who/what in it. There were a few times when I didn’t know myself and that doesn’t happen frequently. This doesn’t mean the book was completely unpredictable.

Ember’s family life really sucked and it’s a real accomplishment that she wasn’t already insane by the time the whole major “event” happened. To make matters worse, she has the flakiest best friend a girl could have. I intensely disliked Raven and that is the nicest way to “say” it I can come up with right now. Can she quietly disappear in the second book? Pretty please? I’m sure Ember will get over it soon after. Although, some of her actions (Raven’s) did make sense towards the end of the book. But yeah, I still do not like her. Also, I thought Raven and Ember’s lifelines were too parallel. I won’t say too much, but I found it a bit weird that it was so similar, almost identical. And they even have flower names (Rose & Lilly) as their middle names. I raised my eyebrow at that. I’m hoping all this parallelism in their lives has an important reason to be in the book.

There was some…romance?...in the book. Okay, it was more like lusty insta-love times two, but in a way it did make sense why it was like that and what the pull was, but I’m still not a fan of it. I did like the guys, Asher and Cameron, and that is also something that doesn’t happen often, since I also dislike the dreaded triangles of death. I wanted her to pick them both. Though, I am a little mad at Asher. It was definitely the wrong time to break the rules when he decided to do it. He needed to let things take their course. He knows what horrible thing he did…

I’m sort of at a crossroads with this book. I did enjoy the book, but I have this lingering feeling that something really important was missing and I can’t really tell what it was. Maybe the feeling will go away when I read the second book. I will continue with the series because I did like the story and do want to know how the story will continue to develop and grow.

I usually listen to music while reading, so having a playlist set by the author was great. And this is just my kind of music <3. The music really does fit the mood of the book. I recommend listening to these songs while reading the book. 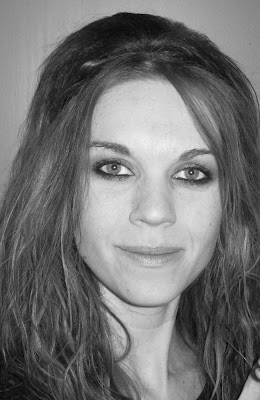 Jessica Sorensen lives with her husband and three kids in the snowy mountains of Wyoming, where she spends most of her time reading, writing, and hanging out with her family.

Other series:
Darkness Falls ● Fallen Star ● The Secret ● Fallen Souls
Posted by Ari Lee at 12:00 AM