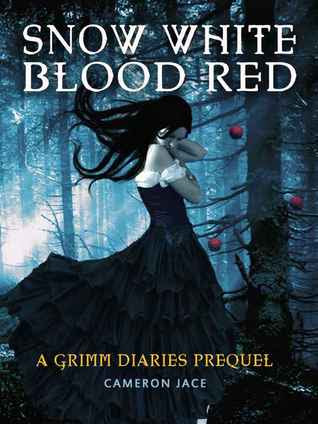 
What if all you knew about fairy tales was wrong?

I have always wondered why you never asked about my name. Was I so superficial to you? So stereotypical and mundane? Why did you treat me as if I were just the monster of the week? You know what I think? You never had the time to really hate me. You wanted to hate me, long before you even met me. You wanted to scrape my existence and avenge your childhood princess by laying all blame on me. What if they didn’t call me the Evil Queen, what if I told you the real story from my point of view instead of hers, would you ever think of me as an angel? Could I ever make you care? I know that deep inside of you, you adore me,but you’re just scared, afraid to admit how much you love the Snow White Queen.

This Grimm Diaries Prequels are a number of short books in the form of epistolary diary entries. The diaries are more of teasers for the upcoming series: The Grimm Diaries, allowing you to get a glimpse of what to expect of the series.

I really wanted to read this short story, and the other ones in the series, because I like retellings. Plus, it was Snow White and vampires. But I find myself very disappointed in it because of the way it was written.

I had a hard time finishing this and it's only the equivalent of 25 pages (according to Goodreads), possibly less (according to Amazon). The sentence structure was sometimes constructed in a way that made me stumble over the words and it felt like my inner voice was stuttering. I'm not "saying" that to be "mean", it's just how I felt while reading Snow White Blood Red.

I also felt that there was a bit of rambling going on since, in my opinion, there was a lot of unnecessary information. Like for example:

"She still looked as innocent as white doves, as if she had only overdosed on red cherry-flavored ice cream – which was recently discovered in Europe, and had its first entry as an English word in the Oxford dictionary some years ago." (Kindle Locations 303-304).

Why was that bit of information included? Is it somehow relevant in the storyline? I don't see how, but this was not the only occasion when this happened. The book is full of sentences like that one. I understand it's very hard to write. I also understand that, sometimes, your muse doesn't want to be stopped, but too much information is just as big a turn off as too little information. For me, it's actually worse.

The idea for this was good, actually it was great, but I feel it was not well executed. Honestly, I'm not sure if I'll read the other short stories in the series even though I have some of those.

. *I am not affiliated to Amazon, B&N, or the Book Depository.